Ninetieth in The Lake District.

19.09.2019 Flew from Berlin to Manchester and rented a car. Drove to the Dunkenhalgh Hotel, checked in and carried on to mum and dad’s. Duncan and Lesley had arrived a week earlier from Australia to sort stuff out. We all went back to my hotel for a pre-birthday dinner.

20.09.2019 Dad’s actual birthday but my brother Duncan, sister-in-law Lesley and I went grocery shopping in the local Tesco’s. I wrote spreadsheet to calculate the food required for up to 30 people over the following week. Some things turned out to have not been factored in. (1) old people not eating much or sometimes nothing, (2) people bringing their own food, (3) meals being eaten elsewhere. Otherwise it was totally accurate 🙂 . I drove up to the Newlands Valley and the 11 bedroom complex we had rented. I packed all the food away but within hours Cousin Andrea and family, Aunt Nora, My son Tom and his partner Amanda, my daughter Niamh, Thom her partner and baby Al arrived and we had eleven people sitting down to dinner.

21.09.2019 Duncan and Lesley arrived with mum and the Birthday Boy. Then cousin Dawn and family followed by the Canadian team of my Uncle Frank, Aunt Brenda and cousin Neil and his wife Julie. David and Sandra, Lesley’s sister and brother-in-law also arrived from Newcastle.

I ran a short field trip to the nearby medieval Goldscope copper and lead mine but I only had two takers, John and Aurelia.

The weather was nice and sunny and we had a little outdoor birthday celebration for Brenda who shares a birth date with dad. The views over Catbells and the Newlands Valley were spectacular.

22.09.2019 This Sunday was the day we elected to have the main party. The weather was still good and we were outside with the mountain scenery. Other arrived for the day which were my mum’s cousin Dorothy, husband Fred and son Ian with his wife Janet. Also dad’s cousin David and wife Penny.

24.09.2019 We made an attempt at taking the guided tour at the Lakes Distillery near Cockermouth but the tour was full. We went into Keswick instead and had lunch in the Oddfellows Arms. It rained a lot.

25.09.2019 We had an expedition out to Allonby on the Cumbrian coast to see a memorial bench for my late Uncle Reg. This was followed by tea in a nearby tearoom. After dropping Nora off at her house and eating the sandwiches there somebody had made hoping the weather would be good for a picnic we headed off to the Lakes Distillery for a few samples and a few more in the Swinside Inn on the way back to the house.

27.09.2019 I took mum and dad home and stayed one more night in the Dunkenhalgh and had dinner with Frank and Brenda.

28.09.2019 Breakfast with Frank, a quick visit to mum and dad then a drive in torrential rain to Manchester Airport. 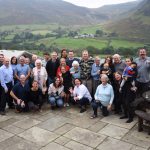 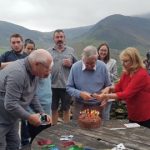 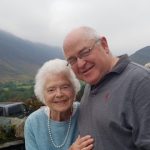 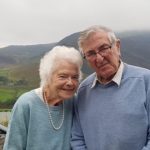 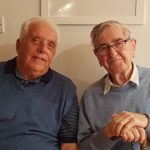 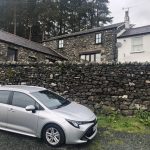 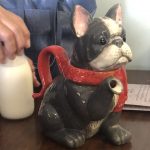 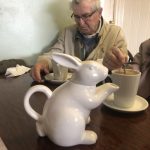 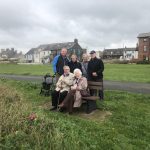 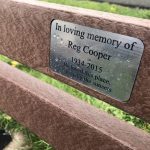 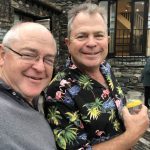 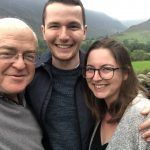 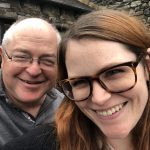 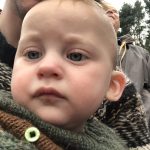 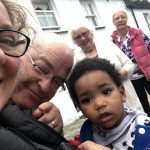 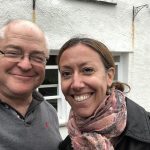 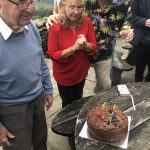 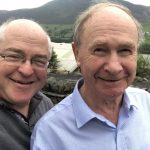 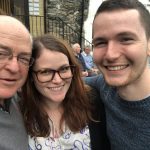 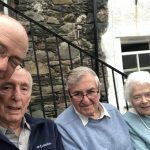 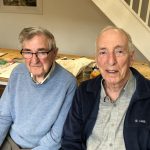 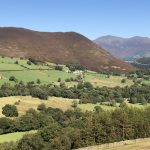 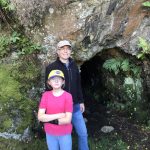 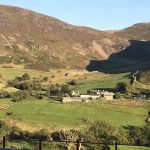 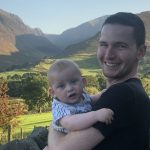 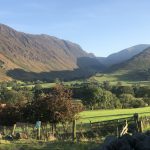