We are topping up some skin damage in Florida during the month of October.

01.10.2019 I flew to Miami via Vienna and drove for hours across the Everglades to our accommodation in Palmetto on the Gulf Coast. The next day I collected H and Roland from Tampa Airport. All a bit awkward but it saved a bit of money on flights doing it this way.

This being America, we are spending most of our time shuffling around Walmart‘s, barbecuing shrimps and steaks on the beach and going to flea markets. So I‘m not doing a daily write-up as is my usual practice but I will mention the more interesting bits and we are going to have side trips from time to time.

8-10.10.2019 Trip to Key West – a long drive so we stopped on the way at an Indian village in the Everglades and had an airboat ride. There were only a handful of ’gators to be seen but we had the boat to ourselves. Driving onward we arrived at the Duval House on Duval Street in the heart of Key West. We’d been playing Jimmy Buffett in the car so we thought it would be a good idea to take a look in the Margaritaville Cafe. It turned out to be almost empty with the bar covered in plastic sheeting and we left in a hurry. Moving on down Duval Street to the equally infamous Sloppy Joe’s which turned out to be the opposite with a loud band and over-busy waitresses. We could be getting old but we left here as well without getting to order and went back to our hotel to drink our own rum on the veranda. There were some German bikers staying there who had been doing some serious travelling. There seemed to be some swapping of travel stories but as it wasn’t in English I couldn’t join in. We saw a couple of sunsets at Mallory Square, ate in some good seafood restaurants and visited countless T-shirt shops. The usual stuff. On the drive back we stopped for a swim at Bahia Honda State Park. Fat Albert the radar blimp could be seen over Big Pine Key and also Big Betsy the lobster could be seen in her usual spot on Islamorada. The African Queen was not found in her usual spot on Key Largo which is the second time I’ve missed seeing it.

14.10.2019 Trip to Sanibel/Captiva Islands. We decided to take a drive down to Sanibel Island as we had heard that this was one of the best, if not the best, set of beaches to collect seashells. We stopped at Denny’s on the way for bacon, eggs, pancakes and other calories. Sanibel is not far from Fort Myers and is certainly a very nice place but the beaches were just crushed shells with nothing worth collecting. Maybe it needs a recent storm to throw up the good stuff. To compensate we drove through a wildlife refuge on the bay side of the island and got good viewings of dolphins and alligators. There were also some birds but not the roseate spoonbills or flamingos I was hoping for.

16.10.2019 Trip to Cape Canaveral and the Kennedy Space Center. It’s a giant leap for mankind from the Gulf side of Florida to Cape Canaveral but fortunately Micki did the driving. This year is the 50th anniversary of the Apollo 11 moon landing. Roland got the T-shirt but I resisted. There is lots of other space stuff to see from Space Shuttle to the ISS to recent Mars missions and even new Space X launch pads.

26.10.2019 Halloween Party. The Palmetto housing park where we are staying held a Halloween party for the residents and we were invited. Walmart supplied the costumes for us which were a sort of witches outfit for H; a Roman Caesar for Roland and Dracula for me. The table conversation was fairly surreal requiring large quantities of whiskey to survive. I’ve never had to argue against Creationism, Noah’s Ark and Donald Trump being a harmless chap in a single chat before.

27-28.10.2019 Trip to Miami Beach and Key Largo. We took a drive to Miami and visited Ingrid and family in Hollywood and had a fabulous kosher lunch with them. Then on to South Beach Art Deco District where we were staying overnight. Ocean Drive somehow seemed much noisier and crowded than we remembered. As we had missed out on the African Queen in Key Largo the last time we were there we gave it another try. The old Queen was there and we got the required pictures and had lunch nearby. 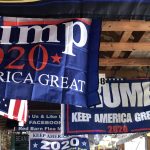 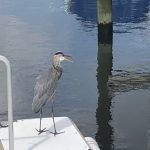 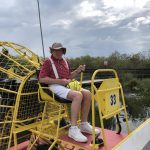 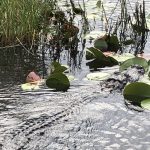 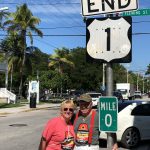 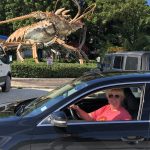 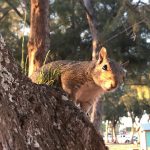 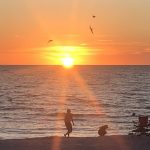 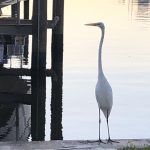 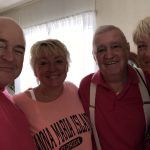 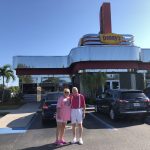 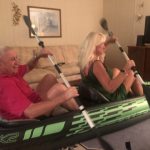 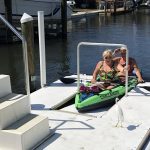 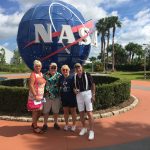 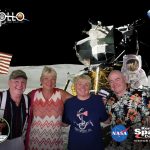 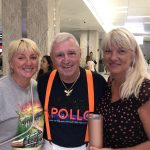 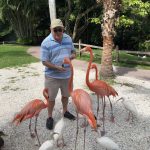 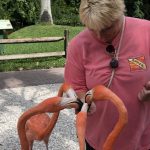 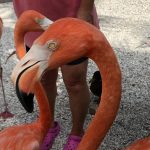 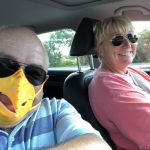 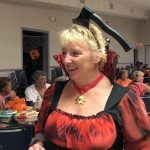 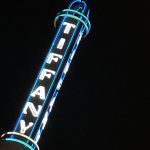 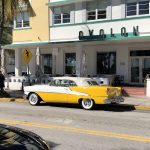 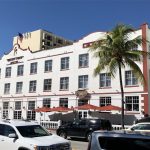 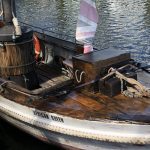