Flew in to Manchester and rented a car to go to Blackburn to visit my old mum and dad. Sons get to unblock troublesome drains, replace toilet seats and pressure-wash things. Daughters doubtless find it easier to do other kinds of domestic stuff.

Then down to London for my grandson’s First Birthday Party. I arrived at T5 at Heathrow and had a night in a hotel there as it was late. There is a driver-less electric car that takes you from the terminal to the hotel which is fun. I managed to skin the top of my head getting in to the car but I have no idea who I should claim damages from. The next day I used tube and train to get to Hackney for the party in The Dove, Broadway Market and stayed in a hotel near Dalton Junction for another couple of nights. East London is a strange place and combines decayed housing and scruffy streets with a vibrant urban experience of shops, bars and restaurants. I couldn’t really get a feel for how safe the streets were but I did do quite a lot of walking at night and I wasn’t mugged. At one time three police cars came screaming by with sirens going and seconds later another three police cars came screaming by in the opposite direction. Some kind of coordination between villains and law enforcement could give people quieter nights.

And the police could better use their time locking up fish and chip shop owners who leave the skin on their battered cod. A nasty southern practice.

I got a German driving licence today. This is just one more bit of bureaucracy forced on me by Brexit. Clown Farage and friends will not be forgiven.

Flew to Palma with sister-in-law and nephew for an overnight stay before joining H on the AIDAsol. Due to an overbooked easyJet flight, I found myself on a standby list but apart from getting my modest but fragile carry-on tossed into the hold by the bag-throwers, it all worked out in the end. We stayed at the Hotel Almudaina in downtown Palma and wandered out in the late evening for some tapas and drinks.

Brexit arrived at midnight local time. I suppose this will keep those people happy whose idea of international trade is buying something spicy at the local corner-shop. Democracy would now appear to be broken in the UK and also in many other parts of the world. Would-be despots have discovered how easy it is to gain the support of the more gullible sections of the public by playing on their worst emotions using lies and disinformation. Of course, this is not entirely a new thing but it is so much more of a black art now in the age of Twitter. Good governance should be slow and evolutionary and as such would provide little entertainment for the plebeian masses. Rarely does good governance call for the abandonment of carefully constructed institutions like the EU and even the US Constitution which is happening right now over the Atlantic.

Back on the ship and an evening sailing eastwards into the western Med. Lots of fuss and paperwork on boarding about containing the coronavirus outbreak.

The date is something like a palindrome. It reads the same backwards and forwards. At least it does when it’s written in the German style.

Didn’t do much again. Trying to deal with some looming fines from from the police in the Pisa area. This is a major source of income for the local authorities so they put a lot of effort into catching you doing something but spend very little on prevention, like reasonable signage. One fine was for speeding. This was on a big, well-made dual-carriageway running straight through open countryside and it turns out the speed limit was 90 km/hr. which is like walking pace on a road like this. The speed limit sign was about 15 km back so it had gone from short-term memory but they did helpfully place another one about 50m after the camera.

Another fine came in for going into a restricted area in Pisa. These streets are not pedestrian streets, you understand, and they do have cars buzzing up and down but they are either tourists like us, lost and about to be fleeced or they have a resident’s permit. The warning signs are also a bit obscure and you usually only see them when it is impossible to stop or turn around to avoid them. The internet is full of stories from aggrieved tourists who are vowing to never again visit the places where they were tricked out of money this way.

Micki rented a car and we had a scary drive up the west coast. Corsica is very mountainous and some of the bigger peaks have snow on them. There were some nice sandy bays with some big surf left over from earlier storms. We got as far as some strange pink rock formations called Calanques de Piana which are hard to describe even for a geoscience guy like me but they are a sort of mashed up granite.

Almost all day was spent finding a suitable engraver to put some words on some ship-made cuff-links for a presentation next week. This is not the first time I’ve had this job. The last time was in Palermo. A tricky task in a strange city when the ship is only in port for 8 hours or so.

We saw Micki and Fabio off at the airport and then hunted around for a florist stocking a cut flower called “Sea Holly” (Eryngium) for a suitable nautical display to go with the presentation cuff-links. We eventually found a few dried up twigs which the ship’s florist is now charged with keeping fresh. We might need to find some more.

Yesterday was a sea day. The weather had dictated that the route be adjusted so that the first port-of-call was Livorno instead of the usual Civitavecchia. I had all day tramping the streets looking for somebody to do some more engraving. This time for a box lid for the cuff-links which I had engraved in Barcelona. I found a sporting trophy maker eventually who were not able to engrave (incisore) but could print (stampa) the wind rose design on a brass plate. It looks realistic enough. This is all for a work anniversary presentation for the Captain. All parts for this gift are made from metals and wood sourced on board and worked by the ship’s carpenters and engineers. It’s a sort of tradition. The graphic design work is mostly mine but the ship only has engraving machines suitable for flimsy aluminium name badges and not for carving scrap brass. This is why I’ve been getting work done onshore.

The plan was to get a boat to the Chateau d’If on a little island a couple of kilometres out of Marseille. This is the place made famous by Dumas’ Count of Monte Cristo. In the end a ship’s drill over-ran and we had no time. Instead, we got a taxi to the Basilique Notre-Dame-de-la-Garde which is an equally famous landmark high over the city. Afterwards, we walked down into town and through some fairly grim districts of Marseille looking for soap shops which is H’s current favorite type of shop for obsessive purchasing.

Stayed on board and packing for tomorrows disembarkation. Had dinner with the ship’s doctor and wife, Hans-Detlef and Birgit. They live in Berlin and we see them there fairly often.

Disembarkation day. H got a toot on the ship’s horn as we went down the gangway. This is not a regular thing and she was very thrilled by it. We picked up a rental car at the airport and drove for an hour or so to Sóller on the west coast where we had rented a villa for a few days. Sóller is a very nice village on the coast side of the Tramuntana mountains. Very narrow winding lanes between high walls make driving a challenge but I wasn’t driving as I’m part way through the process of switching my old UK driving licence for a shiny new German one.

The villa had a good looking pool but it was a bit too chilly to swim. Within easy reach of the pool though were dozens of orange and lemon trees which we harvested for juice and drinks garnish. The whole area of Sóller is one big citrus grove at this time of the year. We had a drive from Sóller along the spectacular mountain road (Ma-10) to Port de Pollença in the far north of the island and then back on the east side of the Tranmuntana where almond trees, currently in blossom, are the main crop.

The next day we drove into Port de Sóller. We were mostly looking for duct tape to repair some poor-quality suitcases. Parking is a nightmare there even out of season and we didn’t stay long. There is supposed to be an old tram line from Sóller to Port de Sóller but that will have to wait until next time. Sóller is a few miles inland of the port as it was frequently raided in the past by Moorish pirates looking for slaves and booty. This will, presumably, pre-date the tram line.

A busy day today. A drive to Palma airport and a flight to Berlin. While H wrestled the taped-up bags home, I got a train from Schoenefeld airport and went to drop my passport off at our visa agent so I can get visas arranged for some upcoming travel. It is something that is not so easy when you live outside of the UK and your passport is in constant use. H has no such problems as she has two German passports and in any case she doesn’t need visas for some of the countries that I do. The days when you could go anywhere by slapping immigration officials with a large British passport are long gone. Many countries now take pleasure in making British citizens get expensive visas to clutter up pages in their passports while welcoming Germans, and many others, just waving their library cards.

Fortunately we had Micki to help with the transportation as after only a couple of hours at home we had to be at Berlin Südkreuz station to get a train to Rostock where H has meetings for a few days. We took döner kebabs, ayran and whisky on to the train for dinner. It was a little anti-social but there was no dining car. 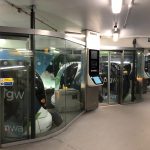 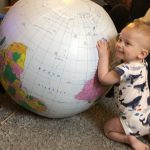 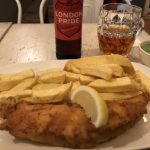 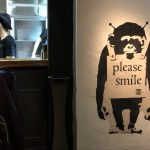 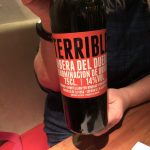 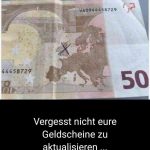 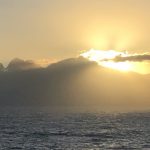 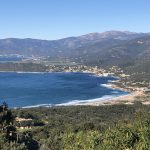 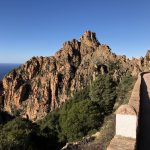 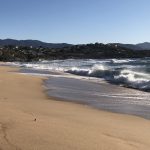 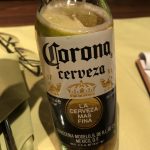 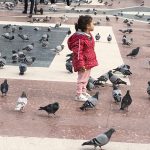 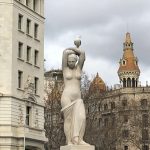 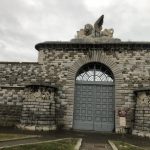 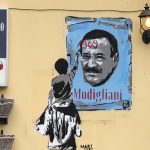 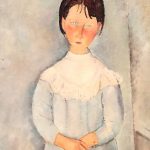 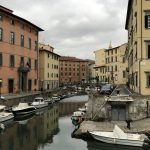 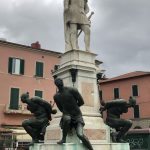 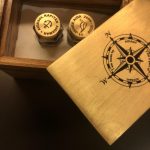 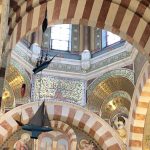 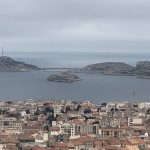 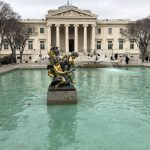 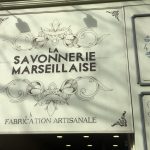 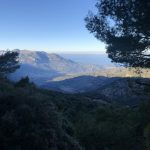 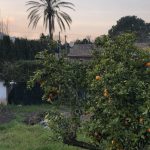 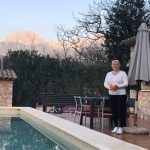 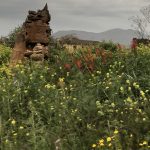