This was a short trip to sightsee Armenia in a window without quarantine restrictions for us at either end of the trip. We have visited the Caucasus area before. I had a business trip to Azerbaijan many years ago and H and I visited Georgia in 2018.

We had taken care of the Covid testing at Frankfurt Airport a couple of day earlier and now we were back for a flight to Vienna and then Yerevan.

We arrived at Yerevan in the very early morning, rented a car and drove to our hotel on Republic Square for a few hours’ sleep. The older buildings in the city, including our hotel, are all made from a pretty pink tuff, a compressed volcanic ash, and Yerevan is said to be the only major city to be constructed from this type of stone.

After breakfast we drove north out of the city on bad roads through green mountainous country. Quite a bit of rusty Soviet-era industrial stuff can be seen here and there. Our northern-most point was the 10th century Haghpat Monastery. In the semi-derelict church, sunlight was streaming in from holes in the roof and a woman started to sing acapella hymnals. She seemed to be just another tourist overcome with the atmosphere and the excellent acoustics.

Returning to Yerevan we stopped off at a small peninsular sticking out into the top end of the huge Lake Sevan. The tourist stalls here sell what they call “moonstone” that they claim comes from the bottom of the lake, but it is actually just pale green industrial glass. Pretty though.

We had intended to drive as far south as the Tatev Monastery, but we frightened ourselves with Its proximity to the militarized Azerbaijan border and having accidentally driven through a tiny village-sized Azerbaijan exclave which we were not expecting.

For such a small country Armenia has big scenery with green smooth-contoured mountains stretching into the un-peopled distance. There is some wine-growing on the slopes in places. They sell the wine at the roadside in Coca Cola bottles so the Iranian truck drivers can smuggle it home. Allegedly.

We got as far south as Karahunge which is the site of a lot of pre-historic standing stones set in the middle of nowhere. The place is described as the Armenian Stonehenge and is probably a combination of necropolis and star observatory. On the way back to Yerevan we stopped at the Noravank Monastery which is surrounded by huge red cliffs then on to the Khor Virap Monastery with a big view of snowy Mount Ararat rising up on the other side of the Turkish border. Armenia has many medieval monasteries which are all very similar, and a bit dull after the first few, but they are all set in some excellent locations.

We ate dinner in a rooftop restaurant overlooking Republic Square.

Shopping in Yerevan, mostly at the Vernissage street market. We had an excellent Armenian lunch in the basement of the Tavern Yerevan.

We visited the Armenian Genocide Memorial in Yerevan. Depressing but it had to be done. They had an excellent restaurant in the grounds for lunch.

There was a big concert in Republic Square in the evening celebrating World Children’s Day. In post-Soviet countries this is held on June 1st. “We are the World….” We watched it from our hotel balcony drinking Ararat brandy.

We had a short night as we had a very early flight. Austrian Airlines has no Business Lounge in Yerevan airport, but we have lounge passes from H’s credit card which got us some pre-boarding drinks. There was a quick change of planes in Vienna, and we landed in Frankfurt mid-morning. Then it was our usual dash of 500 km back to Berlin by car. 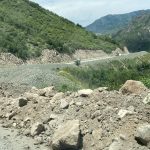 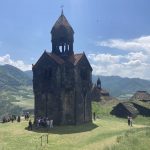 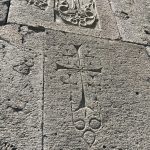 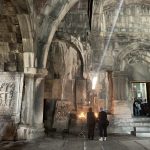 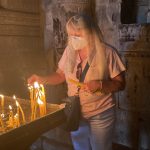 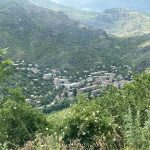 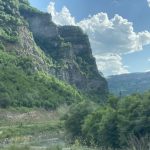 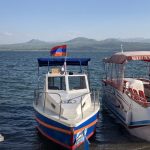 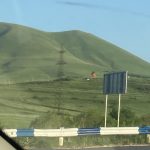 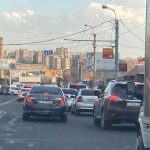 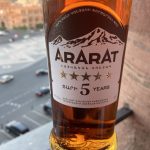 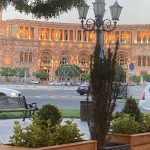 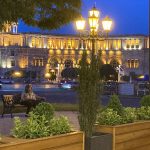 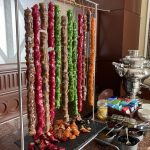 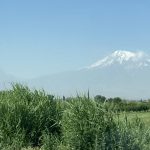 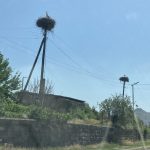 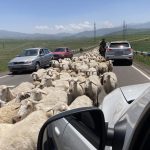 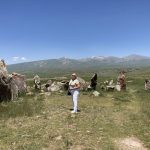 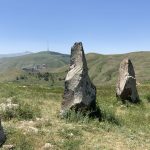 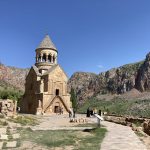 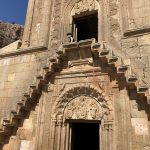 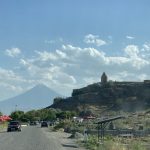 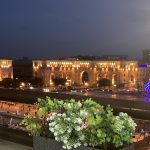 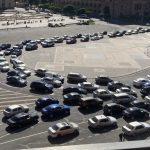 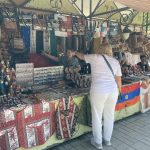 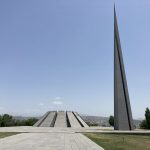 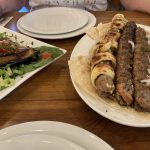 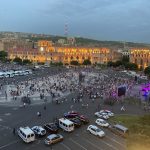 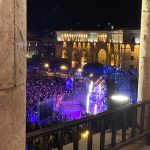