Up & Down the Rhine

We collected my Schwiegervater Roland, drove from Berlin to Düsseldorf and checked in to the Steigenberger Parkhotel. Very fancy. We walked to the Altstadt part of town for dinner and were completely surprised by the huge number of people out for a Saturday night on the town jostling mask-less in the streets. It was tapas for dinner for us in the Cafe Madrid. Another surprise was the huge number of ring-necked parakeets (grüner Papagei in German) screeching and roosting in the trees in the Hofgarten. These birds flock in big numbers in London and the cities down the Rhine. They are thought to have gone feral after some birds imported from Sri Lanka escaped. There are several myths about where they came from. My favorite is that they escaped from Ealing Studios, London during the filming of “African Queen” in 1951. There are no feral parakeets in Berlin that I know of so they still seem very exotic. The main city-centre roosting bird in Berlin is the hooded crow (Nebelkrähe in German) which are a noisy and pugnacious breed, a bit like the human residents there. The crows probably don’t make these effete creatures of the tropics feel too welcome.

It was Sunday morning and we took a stroll on Königsallee next to our hotel. Königsallee is reputed to be Germany’s most elegant shopping street and has all the upmarket shops you would expect. This being a Sunday in Germany, they were all closed. The stroll continued down to the river to check out the pier for the cruise-ship and any parking they might have. They have a big-wheel near the riverside, like most cities these days, and we had a spin.

I had a morning looking, unsuccessfully, for an upcoming birthday pressie for H and racing across the city, twice, on an Lime e-scooter to get stuff from a DHL Packstation. Then it was time to board the ship. This is the Viva Inspire. First impressions were that it is an excellent ship with nice cabins, really good food and service. We are sort of experts in this and qualified to pass judgement. This is the first outing for the ship in 15 months so it will have been a big day for them.

We woke up in Cologne moored very close to the cathedral (Dom). We took a walk in perfect weather and looked at the outside of this enormous building, bought some 4711 Eau de Cologne, some Kölsch beer and ice-creams and we were back to the ship for lunch, nap and departure after dinner.

We woke on the river at sunrise steaming through very pretty countryside with castles and mountains. After breakfast we sat on the deck looking at the Loreley rocks. This is a place we have been to several times both looking up to the clifftop and looking down to the river. It’s not especially spectacular for this part of the world, but it is very legendary.

Soon after passing Sankt Goar-Oberwesel, the ship started billowing smoke from the engine-room and crew began running up and down the deck. The last time this happened to us we were off the Cape Verdes on AIDAaura in 2018 and it took us five days to get going again. On thinking about it, this is actually my third engine-room fire with the first one on my own boat, Graptolite, in 2008 about 40 miles north of Aruba. In these situations, there is always crew running up and down the deck for some reason.

Our ship limped on to a pier at a village called Kaub, just downstream from the iconic toll-station castle, Pfalzgrafenstein, which is sat on an island in the middle of the river. Many fire-engines arrived and hoses were run down into the engine-room. The fire was put out but there was no power and no toilets and we didn’t seem to be going anywhere soon. After a brief restoration of power, the fire started again, the Feuerwehr returned and we had to abandon ship. In the rush I left all kinds of stuff in the cabin like glasses, laptop chargers and the like, which I may, or may not, be reunited with eventually.

This was the start of the cruise-line turning an interesting chaos-travel type trip into a PR disaster. We were first taken on a mystery bus tour for about one and a half hours to Koblenz to drop people off at the railway station there. It was a useless side-trip as nobody got off the bus. Then it was another one and a half hours bus ride to another ship at Traben-Trarbach on the Moselle river which was supposed to act as as a static floating hotel for us for the remainder of this cruise. The cruise-line offered to upgrade our cabins. Yea. It turned out we were actually downgraded.

2021.06.17 Abandoning the Second Ship and Re-boarding Another in Cologne

The cruise-line said we would get a cost-free cruise on another ship as compensation but it had to be taken immediately after this one. It would just be hard luck if you couldn’t make it. Some passengers, not surprisingly, were in this situation. Vaccination appointments and the like. We were also too busy to take the free cruise as we had booked and paid for a second back-to-back cruise on the very ship that had just caught fire. Didn’t cut any ice with the cruise-line. No free cruise for you then matey. And no, you can’t cancel the second cruise even though everyone knows the ship is a smouldering wreck and the cruise as advertised is not going to happen. Double hard luck.

Discussions with H about this nonsense turned cool then frosty then terminal and we abandoned this hotel ship as well. We got a taxi to Bullay in the blazing sun and then a train to Koblenz and another train to Cologne and then after a last-minute booking, jumped aboard another cruise line’s ship, the Lady Diletta, bound back up the Rhine.

We arrived at Koblenz in the morning. It’s a city we know fairly well and so we didn’t need to see the Wilhelm I statue at Deutsches Eck or the Ehrenbreitstein castle across the river. We wandered the Altstadt and had a coffee. I went to see a strange clock called the Augenroller. This is a Medieval (but much bombed and restored) metal face with moving eyes. Myth has it that it is something to do with an executed highway robber but it is more likely to be a reminder for the city nightwatchmen to keep a lookout and shout out the time. This thing sticks it tongue out on the hour and half hour. From Koblenz, we continued up-river to the Loreley rocks. Again. We passed the pier where Viva Inspire was moored when we abandoned ship and we continued upstream to Rüdesheim. Rüdesheim is a bit of a tourist trap and seemed excessively German to me. The weather was ferociously hot.

We were parked in Speyer most of the day. We didn’t get off the ship as it was too hot and as we were last in Speyer in February it was not much of a waste. Speyer is interesting enough. The cathedral there has the largest Romanesque crypt in the world and was the first building in Germany built with an entirely stone roof. The crypt is stuffed with the remains of a lot of Holy Roman Emperors. Speyer is the place where the term Protestantism came from when Charles V tried to outlaw Lutheranism and uphold the Diet of Worms of 1526. By late evening we were back on the river.

The ship parked up in Kehl, which is on the German side of the Rhine, and I had a short walk to the rail station to get a Covid test. Armed with the test results and vaccination certificates from Roland and Heike we got a taxi over the Rhine, into France and into the centre of Strasbourg. It’s a very nice medieval city with a really fine cathedral built out of Vosges red sandstone. We had a coffee and croissant in shade of the Cathédrale Notre Dame then had a wander through the streets until lunch called and I had a Tarte flambée and a beer. These seemed to be obligatory here.

H had a training class to run in the morning which caused a few headaches with connection to the internet. The ship’s satellite connection wasn’t working (it turned out that it only runs on MS Edge!) and the mobile phone signal kept dropping to nothing when entering the big locks on the approach to Basel.

While H was working, Roland and I intended to get a taxi into Basel but after 20 minutes waiting in the hot sun with no sign of our carriage, we gave up. Basel will have to wait for another visit. Basel was the furthest point upstream on this cruise and we turned around and headed back downstream. It was H’s Geburtstag and we had some Cuba Libres in the bar. I got her some Apple Air Tags as a pressie so she can check in which country her airline baggage has been stolen.

We arrived at Germersheim-middleofnowheresville. H and I took a taxi to Karlsruhe to get a rental car so we could jump ship a day early. Roland had to get back to Berlin for a hospital visit. Our own car is still on a car park in Düsseldorf and we will get it back in a week or two. A long drive now to Berlin (680km) and this trip is over. 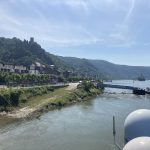 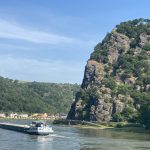 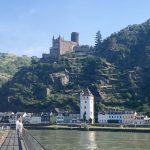 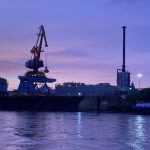 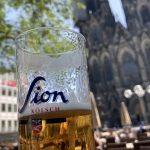 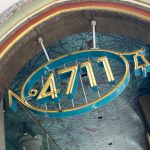 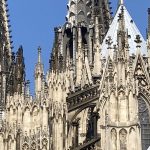 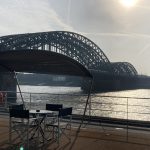 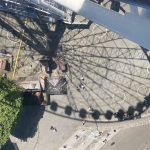 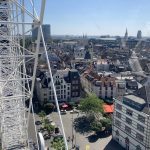 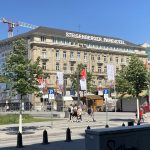 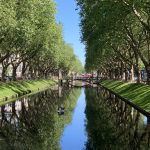 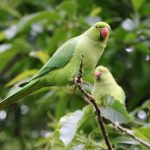 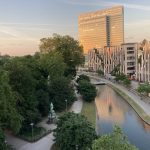 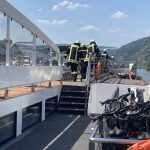 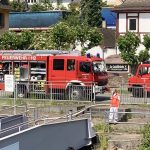 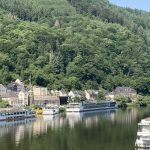 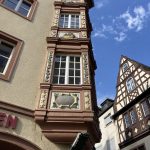 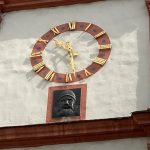 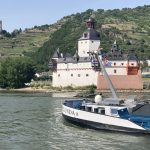 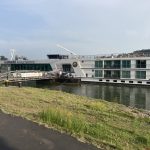 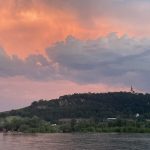 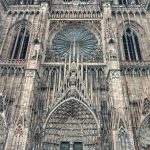 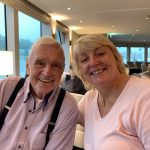 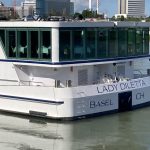