After a fairly bleak winter, where my father-in-law died and Covid was causing travel irritations, we finally had the chance to get back on the road. We wanted a bit of sunshine without too much of a time-zone hassle and decided on somewhere in Africa. The Canaries, Cape Verdes, Maldives, Morocco, Egypt, Eritrea, South Africa, Zimbabwe, Botswana, Namibia and Uganda were eliminated on the grounds that we had already been there and done that. So that just left Madagascar, Seychelles and an after-thought, the island of Zanzibar. Zanzibar it was.

This was something of a last-minute decision and we had a scramble getting the right paperwork together. Our first attempt at getting a PCR test failed as the test company at our local train station didn’t use a QR code as specified by the Tanzanian government. Our next attempt at Frankfurt airport worked but as time was now short we had to pay a lot more for the extra test. The Tanzanian visa was also a problem. Mine turned up in good time but there was no sign of one for H. This was unusual as little countries usually go out of their way to please the descendants of genocidal Germans while taking pleasure in inconveniencing the once mighty British. We took a chance and departed anyway and H managed to get a visa in Zanzibar airport without too much trouble. One final bit of bureaucracy was getting local driving licences to enable us to drive on their very potholed roads. The trick is forgetting everything you know about driving as the natives use no obvious rules-of -the-road. We stopped off on the way to the hotel at a bottle-shop on the outskirts of Zanzibar Town to stock up on wine and whisky. This is a mainly Muslim country so we knew places to buy booze were going to be few and far between.

Our hotel, the Kasha Boutique, was at the north end of the island and getting there involved some very off-road driving in a non-off-road car but the place turned out to be nice and we had our own thatched house overlooking the lagoon and reef between us and the Indian Ocean. The weather was also nice and we watched Arab dhows sailing up and down the half-kilometre wide lagoon from the comfort of our own pool. The room-service food was tasty and we ate many samosas, curries and octopus.

After a few days of soaking in the pool and walking on the fabulous and near-empty beaches we thought we would take our rental car to see some of the rest of this tropical island. After two police road blocks and a very obvious attempt to extort money from us using a fake speed-trap and the entire uniformed police department, we were not so happy with the island outside of the hotel. A visit to a spice farm did not help when we were mobbed by touts also trying to profit from the poor tourist. We gave up on the spices and drove to the heart of old Zanzibar called Stone Town. It was impossible to park anywhere and we were again attracting touts. We gave up on this as well and drove back to the hotel attempting to avoid roadblocks. Most Zanzibaris we came across seem to be pleasant and helpful people but some minor corrupt officials and tourist rip-off specialists did much to take the shine off it.

Having a panic about delays on the roads making us miss our early morning flight we thought we would have our last day in Stone Town. We dropped our rental car off and dragged our bags through the narrow streets to the Emerson on Hurumzi Hotel which just about the fanciest place H could find. The hotel is very historic being the building where slaves were once registered as free. The place is a bit ramshackle but it definitely had atmosphere. We had an upper floor room with a staircase leading up to a private tea-house on the roof where we ate our meals. There were impressive views over the harbour of old Zanzibar. The views over the town are mainly of not-really-impressive rusty corrugated-iron roofs and a shabby Indian temple. Out on foot we walked the narrow streets and markets looking for tourist-tat for H. She ended up with some local spices, an African dress and a tanzanite ring. We also visited a slave market but they had nothing for sale. It seems that Freddie Mercury grew up under these rusty roofs before Queen fame and they have a museum about him in town.

We got an early morning taxi to the airport. The airport was surprisingly modern but the airport employees were still a bit old-school. The Business Class lounge could only be accessed by walking through a prayer room and it was only a locked refrigerator anyway. The plane touched down briefly in Mombasa then it was all day in the air back to Frankfurt. 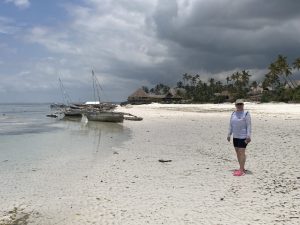 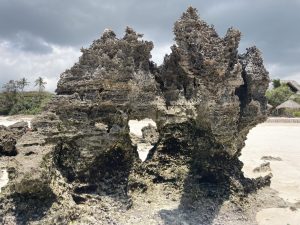 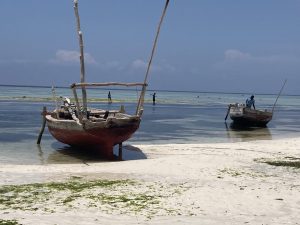 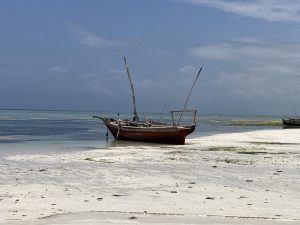 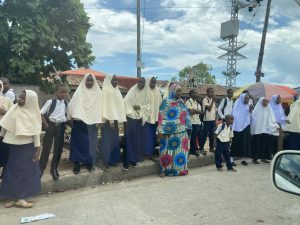 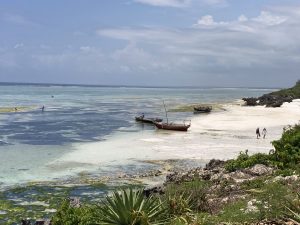 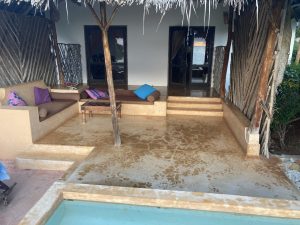 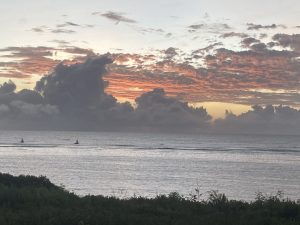 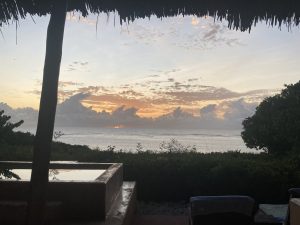 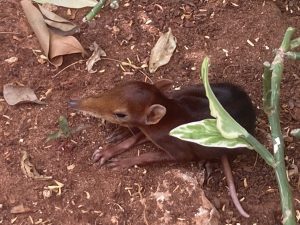 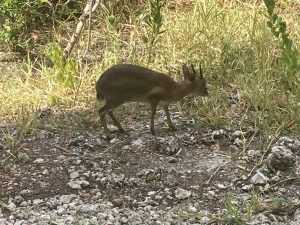 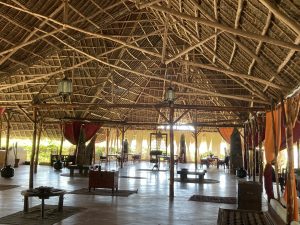 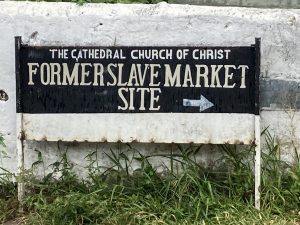 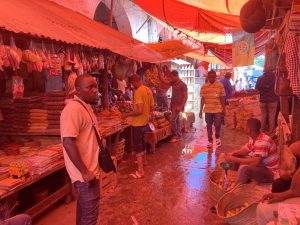 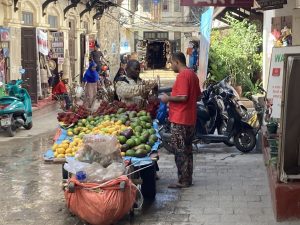 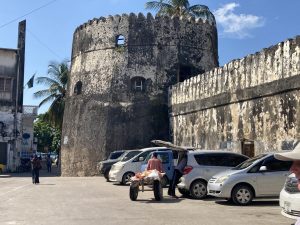 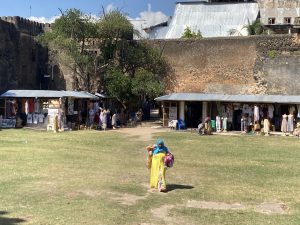 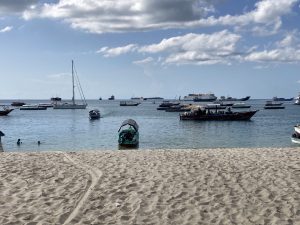 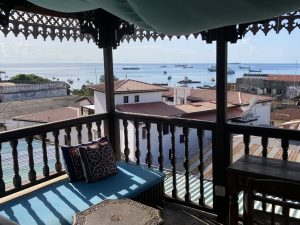 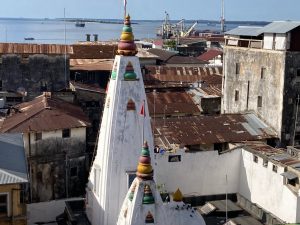 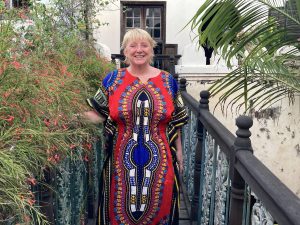 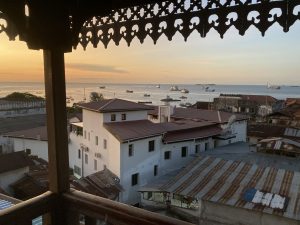