In late March my old dad had a fall and was carted off to hospital and my old mum was in a state about it so we set off from Frankfurt to help. Normally, flying is the way we travel there but this time we needed a car for an unspecified time and car-rentals out of Manchester Airport have become very expensive of late so we took off overland from Frankfurt in our own car. We were seeing reports that the Channel ports were jammed solid with trucks caused by problems with P&O Ferries so we decided to take the scenic route through Normandy to the ferry at Cherbourg. Mum and dad also coincidentally managed to get themselves infected with near-asymptomatic Covid so we were also intentionally delaying our arrival a bit. A cousin and my ex-wife bravely stepped in to cover the first days. My ex-wife catching Covid herself for her trouble.

Our first stop was a small cave near Reims cathedral to stock up on a couple of cases of champagne as it looked like it was going to be a difficult trip. By evening we were navigating our way through Paris to our hotel, the Villa Royale, in the Quartier Pigalle. Our room had slightly kitsch but pleasant Art Deco decor and a good view of the Sacré-Cœur. We wandered Montmartre by night and dined in the first restaurant we could find that was not full of tourists. In the morning we strolled some more around Montmartre and through Montmartre Cemetery. We lunched in a restaurant on the Boulevard de Clichy called Bouillon mainly because we were surprised we could get a table after seeing people queueing around the block for it the previous evening.

Onward to our next stop which was Mont-St-Michel. We have a joke from the time H complained to the hotel management about not having a view of the Alhambra as we expected. The arch reply was “Madame, you are IN the Alhambra”. So we didn’t stay on the island itself but the first hotel over the causeway called Le Relais Saint-Michel. A place clearly designed around the view. From Mont-St-Michel we had daytrips to St Malo and Bayeux. The Bayeux Tapestry seemed to represent some elements of this journey and the Normans, strangely, feature again later in this tale. After driving past Omaha Beach, the site of a later invasion in the opposite direction, we rolled into Cherbourg and had lunch at a restaurant at La Cite de la Mer that we knew from recent cruise-ship travels. Then rolled on to the car-ferry bound for Portsmouth. The fabulous oysters I had for lunch decided to fight back on the crossing. About half the time I eat oysters I react badly but I never learn.

Landfall was in Portsmouth then a drive to Southampton for an overnight hotel. Then a drive to Blackburn. We had another couple of nights in a hotel there until the house was Covid-free then we had the best part of a week shuttling Mum to Burnley General and checking out local care homes. We had a night off for my birthday and H got us rooms in Appleby Castle for the festivities. We took friends, Johnny and Alison with us. Appleby Castle is an 11th-century Norman fortress in the Vale of Eden and is stuffed full of armour, armaments and four-poster beds. In the grounds of the castle were a 1066 re-enactment group with the men staging battles and the women doing things with woad. I said the Normans would be part of this story again!

Then back to Blackburn. Dad was still in hospital but after three weeks of setting up care services and Mum’s transport we had done as much as we could and we drove to Hull for the ferry. We were the last car on the ferry, had a nice cabin, dinner, breakfast and were the first car off the ship in Rotterdam.

We have been to Rotterdam quite a few times by cruise-ship in recent times. I have explored but H usually has to stay on board. This time we both had a look around the markets and old harbours in the city then it was on to the windmills of Kinderdijk and the blue and white pottery of Delft. Off-route a bit, we had a night in the centre of The Hague. Neither of us has visited the place before and it turned out to be a very attractive city. Our hotel was the historic Hotel des Indes. Our room had such a high ceiling and tall doors that it would have been easily possible to ride a horse in there. Maybe they did once. The hotel was a short walk to the Mauritshuis and we called in to see Vermeer’s Girl with a Pearl Earring. Partly because my mother has had a small print of this hanging in the house for over sixty years.

Driving south through Belgium, we stopped off at the city of Liège for another overnight in the Van Der Valk Sélys Liège Hotel. We intended to get moule frites as we were in Belgium but soon realized it was more of a seasonal dish than we thought and it was not the season. The next day, after stopping off in Cologne for a coffee with our friend Karin, we arrived back home in Frankfurt. Just for one night though as we are now off to Warnemünde on the German Baltic Sea coast so H can attend a cruise-ship safety course in Rostock before joining her ship in Corfu. 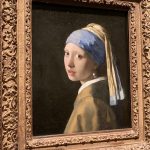 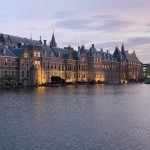 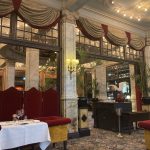 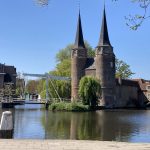 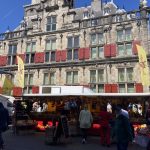 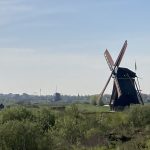 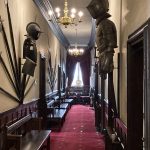 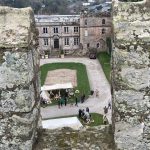 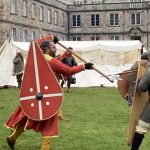 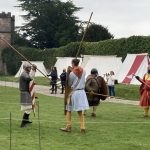 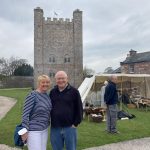 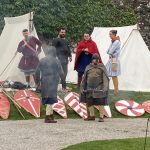 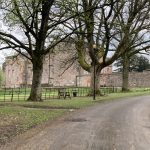 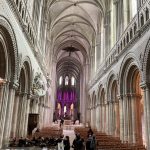 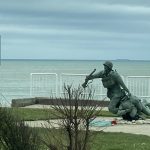 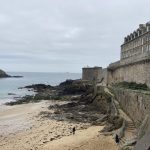 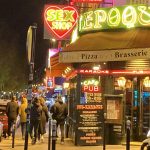 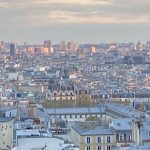 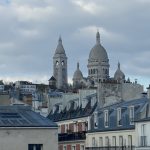 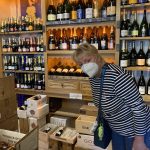