During early May we relaunched Graptolite at Porto Turistico di Jesolo and Heike and I together with friend Hilmar set off south down the Adriatic to a new home in Greece.

It was about 700NM and we had a few overnight stops in Croatia and had an overnight passage skirting around the 12 mile limit off Albania to Corfu. Albania has had a bad rap for being difficult to clear into and having thieves run off with your kit. We went back later and it’s not so bad.

In Corfu, we anchored off the Old Fortress but had some trouble with the starter motor and I had to tow Grapto with the dinghy into NAOK marina. Some very helpful guys there got us going again by whacking the motor with a hammer. Hilmar left to go home and Heike and I sailed on south to Preveza where we wanted to check out Cleopatra Marina as a winter berth. We arrived in the dark and anchored about 100 metres from the marina entrance. The next morning the starter motor wouldn’t respond to any amount of hammering and we had to have another tow from the marineros onto a pontoon. The name Cleopatra Marina is not quite as twee as it sounds. It is a homage to the sea battle of Actium (31BC) which was nearby. This was a fight between Octavian and the combined forces of Mark Anthony and Cleopatra. Octavian won.

Heike left to go to work and I pottered about at anchor until early June when John and Alison came to the boat for week. We meandered about first going north to Paxos and then south to  Lefkada and Meganisi then north again to Vonitsa in the bay of Amvrakikos near Preveza. The only mini-disaster was the engine over-heating while we in the Lefkas Canal. There was a strong cross-wind and we drifted gently into some rocks in the few minutes the engine was off while I got the airlock out of the seawater cooling system. A few scrapes on the anti-fouling but nothing serious.

I sailed single-handed back to Corfu after that and hung around NAOK marina for most of the rest of June and July except for a quick trip to Norway. NAOK was initially free-of-charge but then they started charging and I went back to anchoring in the bay. The marina had no facilities anyway except for a concrete wall to bang into when the swell from the big ships comes.

Heike came back in early August and we had a sail to Sarande, Albania. We took in some tourist sites there. One was the very popular Blue Eye spring. Very cold water. Another was the Greek, Roman, Medieval archaeological site of Butrint. Albania turned out to be very pleasant. We had to employ a shipping agent for the formalities, which is a bit unusual in this part of the world, and we were expected to berth near the port police station but apart from that everyone was very nice. including the chap who helped Heike use an ATM. After leaving Albania we did a circumnavigation anticlockwise around Corfu and then south to Paxos and on to Preveza for the haul out for winter. 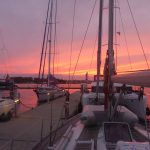 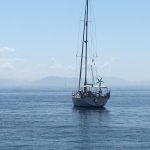 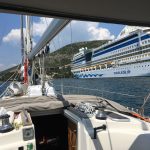 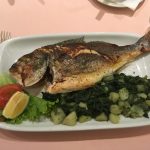 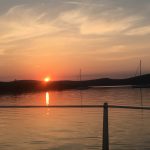 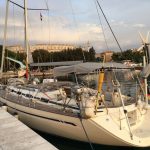 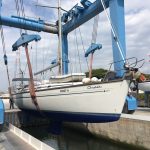 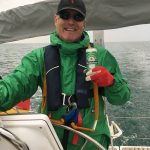 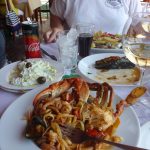 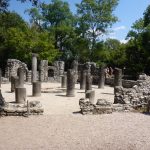 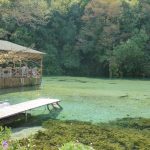 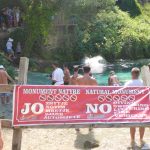 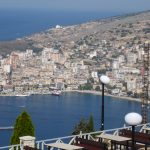 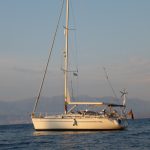 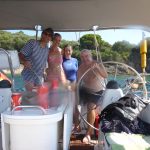 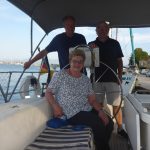 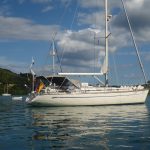 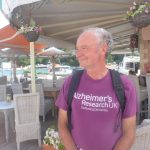 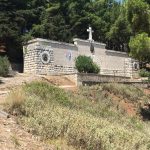 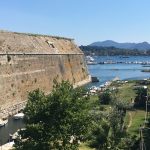 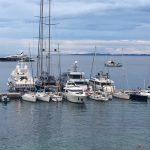 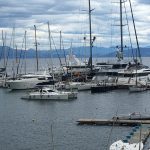 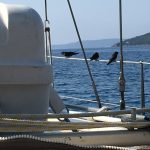 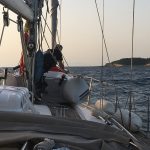 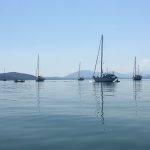 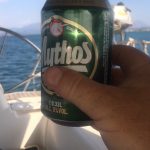 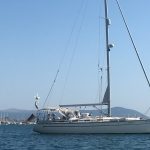