This was a road trip from Frankfurt, through the German Alps and across Austria and Slovenia to Croatia. The intention was to buy a used motor yacht located in Zadar so it was a sort of business trip and not just a jolly outing in these Coronavirus times. As we planned to leave Croatia by boat as soon it was bought and then motor across the Adriatic to Venice, we could not take our own car as it would have been stranded in Croatia. So we recruited our friend Mayk, who lives in the very pretty German alpine village of Walchensee, to drive us, together with enough equipment to manage the voyage, and, if the sale went though, to drive himself back.

The boat turned out to be a little more used than we had expected and had no working batteries to try any equipment out. There was also some evidence that it had been used for, possibly, illegal chartering and we were expected to buy the boat first before it would be put in the water for a sea-trial. We walked.

Even so, this week-long trip was not a total failure. We had a nice apartment with a roof-top Jacuzzi, we ate huge plates of Croatian meat dishes at restaurants, or a least on their alfresco terraces, and we explored the spectacular limestone karst scenery nearby and south as far as Split. Some of the scenery, particularly from Paklenica gorge, was used as a backdrop for the spoofy German 1960’s Winnetou/Old Shatterhand movies filmed in what was then Yugoslavia. These movies were based on the Wild West stories of Karl May which were written between 1875 and 1910. These books are very well-known in Germany, even if completely unheard of elsewhere. We also took a look at the waterfalls at Skradinski buk which H had been to before in an earlier life. In pre-Corona times, the port of Split was a frequent stop for H and I on cruise-ship runs up and down the Adriatic. They are sad places without tourists.

On our last day, Mayk bought some slabs of tuna in the fish-market in Zadar and drove us back through Slovenia and Austria with an overnight in Walchensee. I made Hawaiian Ahi Poke for a starter from some of the tuna. We dug our car out of deep snow in the morning and drove home to Berlin. 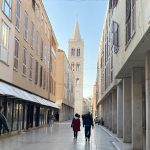 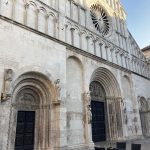 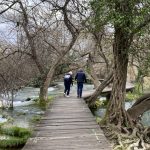 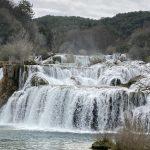 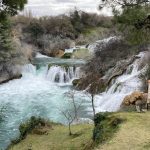 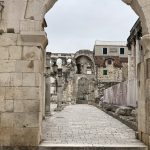 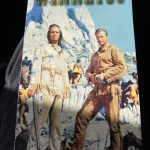 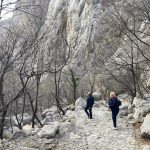 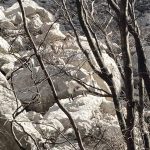 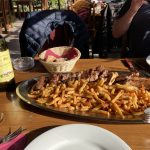 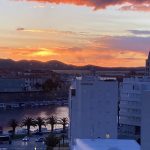 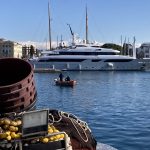 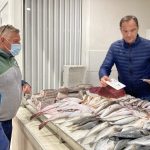 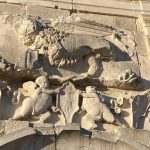 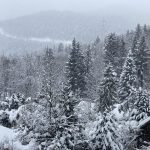 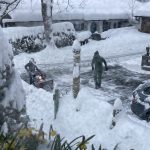